The risk of men requiring fertility treatments increases by 9% 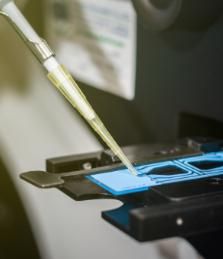 Male infertility now represents half the cases treated by assisted reproduction clinics. This fact, together with the apparent decrease in the quality of semen in recent years, is the focus of this study as a starting point that triggers alerts regarding the evolution of male fertility.

The research “Total motile sperm count trend over time across two continents: evaluation of semen analyses from 119,972 infertile men”, led by Dr. Ashley Tiegs, IVI fellow, examined the total mobile sperm count (TMSC) – the most important parameter that predicts the probability of achieving a pregnancy – of 119,982 men treated in IVI clinics spread between Spain and New Jersey, from 2002 and 2017. In conclusion, this study shows that the proportion of men at risk of requiring fertility treatment has increased significantly in recent years, from 12.4% in 2004 to 21.3% in 2017. This represents a 9% growth in little more than a decade, a rather alarming evolution.

“We have a large amount of information related to infertile patients, which has allowed us to demonstrate, improving even the findings of previous studies, that this decrease in the seminal quality implies clinical connotations that have an evident effect on male fertility, which forces us to use more complex treatments to fulfil the reproductive desire of our patients, “explains Dr. Nicolás Garrido, director of the IVI Foundation and co-author of the study.

This work received the Academic Award of the Society for Male Reproduction and Urology, presented in the latest edition of the ASRM (American Society of Reproductive Medicine), held in Denver last October.

During her research, Dr. Tiegs divided the data obtained into three groups: men with TMSC greater than 15 million sperm, numbers that would not require a fertility treatment in themselves; men with TMSC between five and 15 million, who would be at risk of requiring a lower fertility treatment such as artificial insemination; and men with TMSC between zero and five million, which could require in vitro fertilization (IVF), possibly with intracytoplasmic sperm injection (ICSI), to achieve a pregnancy.

“This is the largest study sample to date, which gives this work remarkable scientific weight. This, together with the revolutionary results that it brings, opens up a large research gap, demonstrating with objective data, evidence that we have been observing for some time in consultation and that nobody had been able to confirm until today. Further to these results, it will be necessary to analyse in more detail the causes of this fact and the measures to be taken. We are convinced that any progress along these lines will help us to clarify some of the issues that most concern us about the factors that influence male infertility, “adds Dr. Garrido.

With these findings, indicating that men have an increased risk of requiring reproductive treatments to be parents, the mandatory question is: Why?

“There is a lot of research about the adverse effects of toxic lifestyle and constant exposure to negative environmental influences on sperm quality, but it is not yet known exactly how harmful these factors are. Given that the etiology of this declining trend of TMSC remains speculation, a continuous and more accurate study of these factors is required, which can negatively affect sperm quality, “concludes Dr. Garrido.

IVI was founded in 1990 as the first medical institution in Spain specialised entirely in Human Reproduction. Since then it has helped more than 160,000 children to be born, thanks to the application of the latest technologies in Assisted Reproduction. In early 2017, IVI merged with RMANJ, becoming the largest Assisted Reproduction group in the world. Currently, it has more than 65 clinics in 11 countries and is a leader in Reproductive Medicine. https://ivi.es/ – http://www.rmanj.com/